Rick Mercer, Canada’s top political satirist, returned to CBC Television in September, 2017 for the 15th and final season of the RICK MERCER REPORT. Rick’s weekly helping of topical satire, funny takes on the week’s top stories, Canada wide adventures and famous rants have made this show a perennial audience favourite. Created by Mercer and Gerald Lunz, the show debuted in January 2004 as Rick Mercer’s Monday Report and moved to Tuesday nights in 2005.

At the start of 2017 the Department of Canadian Heritage announced that Rick would be a Canada 150 Ambassador throughout  the year celebrating the 150th anniversary of Confederation. On July 1, 2017 Rick hosted the three-hour CBC Television special Canada Day 150! From Coast to Coast to Coast featuring performances in every province and territory across the country.

On July 1, 2014, it was announced that Rick was made an Officer of the Order of Canada and he was inducted in a ceremony at Rideau Hall in September 2015.

Mercer launched his television career in 1993 as one of the creators, performers, and writers on the hit topical weekly show This Hour Has 22 Minutes. In 1998 he joined Gerald Lunz and Michael Donovan to create the satirical dramatic series Made In Canada, where he again starred and contributed as a writer. In 2001 his CBC Television special Talking To Americans became the highest rated Canadian comedy special ever with 2.7 million viewers.

Mercer went to Afghanistan in the fall of 2003 to entertain the troops and tape Rick Mercer’s Christmas in Kabul a special for CBC Television and returned twice to entertain Canadian Forces. He is the sole civilian recipient of the Canadian Armed Forces Commander Land Forces, Command Commendation in recognition of his support of Canadian peacekeepers.

Rick Mercer began his career in comedy performing and writing in his hometown St John’s, Newfoundland with a series of one-man stage shows. His solo Show Me the Button, debuted at the National Arts Centre in 1990 followed by a national tour. Subsequent stage performances were in I’ve Killed Before, I’ll Kill Again (1992) and Canada: A Good Place to Hide (1995).

He is the recipient of nearly 30 Gemini Awards and Canadian Screen Awards for television writing and performance and in 2015 again won the CSA for ‘Best Performance in a Variety or Sketch Comedy Program or Series.’

Mercer is the author three best-selling books: Streeters, a collections of his rants from This Hour Has 22 Minutes, and from The Rick Mercer Report two collections of rants,Rick Mercer Report: The Book (2007) and A Nation Worth Ranting About (2012). Mercer has also written for Time, Maclean’s, The Globe and Mail, and The National Post.

In May 2015 he received the Stanley Knowles Humanitarian Award from the Ontario Public Service Employees Union and in October he was inducted into the Canadian Disability Hall of Fame.

Rick has received ACTRA Toronto’s Award of Excellence, the King Clancy Award from the Canadian Foundation for Physically Disabled Persons and The Rick Hansen Award of Excellence given by The March of Dimes for his work benefiting the cause of people with physical disabilities. He was recipient of a Diamond Jubilee Medal in celebration of the Queen’s sixty years on the throne and in October 2013 accepted the prestigious Woodrow Wilson Center Award for Public Service.

He is the recipient of numerous Canadian Comedy Awards, the Sir Peter Ustinov Award at the Banff Television Festival, and the Comedy Icon Lifetime Achievement Award at Ottawa’s Cracking Up the Capital Comedy Festival. He was named one of the Artists of the Year by the Newfoundland and Labrador Arts Council and received the National Arts Centre Award at the Governor General’s Performing Arts Awards in 2004. In April 2014, he was given The DAREArts Leadership Award from a charitable organization that uses educational experiences to empower children and youth facing life challenges.

In 2006, Rick and Belinda Stronach founded the charity Spread the Net, which raises funds to stop the spread of malaria by providing mosquito nets for African children. Every year the season finale of The Rick Mercer Report features the Spread the Net Student Challenge which has raised now over one million dollars. Other charities he has been active in include Hope Air, PFLAG (Parents Families & Friends of Lesbians & Gays), and Toronto’s Casey House, a hospice for people living with HIV/AIDS.

He is on the board of The Historica-Dominion Institute, an organization dedicated to promoting the study of Canadian history, identity and citizenship.

Rick is a native of St. John’s, Newfoundland. 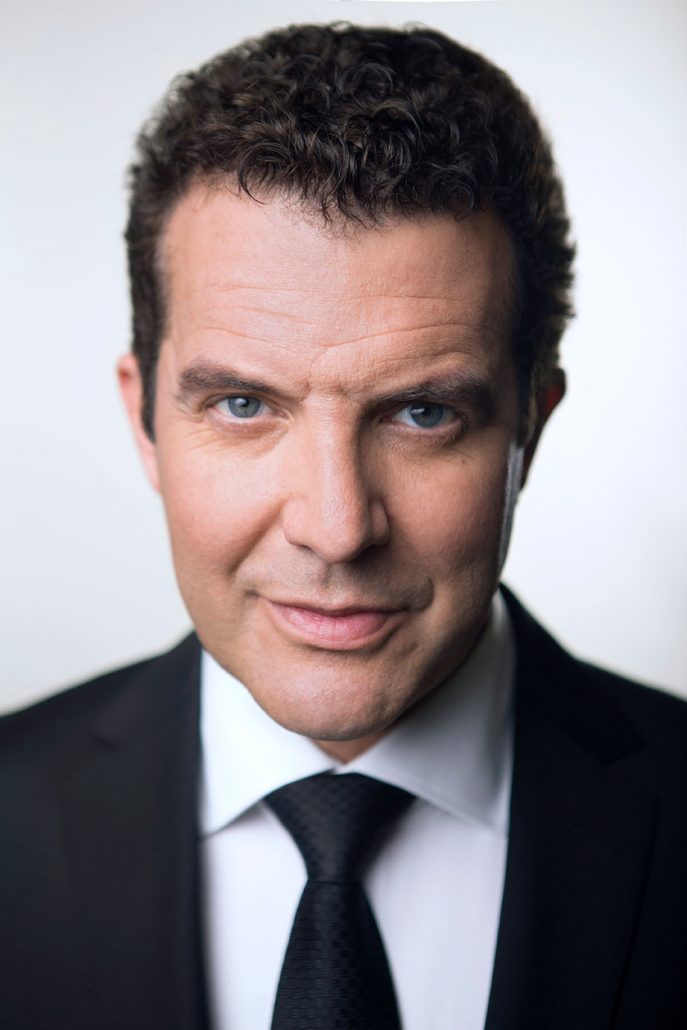